Scroll down for up coming events!

​Take the driveway on the right hand side of the building, go all the way to the top rear parking lot.

We enjoyed the evening very much...........it is the perfect venue for such entertainment. Looking forward to seeing more shows like this. Our little towns need this type of entertainment. 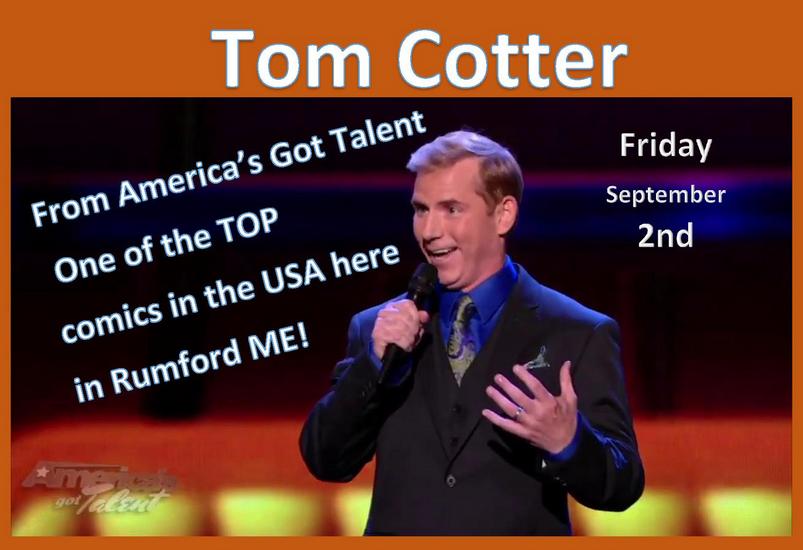 NOTE: You will not receive a physical ticket, your name will be at the door​

​Keep your eye on this page for upcoming events!

Note: We rarely cancel an event for weather

All Sales are final. ​

All of our events are CASH ONLY bar, admission, and pub food.

UP NEXT: ​
August 25th – Celtic Cabaret with The Gothard Sisters

Damian McGinty is a multi-genre singer/songwriter from Derry, Northern Ireland, who now calls Nashville his home. He currently splits his time as an independent solo artist and a principal performer for the internationally renowned group Celtic Thunder, sprinkled in with occasional acting jobs and other pursuits.

In his solo work, Damian's Irish roots blend with pop, folk, adult alternative contemporary, and country influences and a lyrical storytelling style to create a sound that is both familiar and unique. Damian’s original songs range from bright summer bops to deeply intimate ballads, capturing moments that are specific yet timeless; individual yet universal.

Over the years Damian’s career has taken him around the world on nearly two dozen tours through the United States, Canada, Australia, and more, including nine tours with Celtic Thunder and five self-managed solo tours. He has performed in two seasons of Glee, one season of The Glee Project, was the lead in the family Christmas movie Santa Fake, was a feature performer in eight Celtic Thunder PBS specials, a highlighted performer in two additional PBS specials, and appears on eight Celtic Thunder DVDs. He has appeared solo and as part of an ensemble in a dozen Celtic Thunder CDs, and as an independent artist has released three full-length CDs, four EPs, and multiple singles. His voice is featured in the Circle Round storytelling podcast The Piper and The Pooka. With Celtic Thunder he performed at the White House and Madison Square Garden, and as a solo artist he was featured as Elvis Duran’s Artist of the Month on The Today Show.

Whether performing at the White House, on TV in his role as Rory Flanagan on Glee, on the big screen as a leading actor, on CDs and DVDs and on tour with Celtic Thunder, or at a house concert for an intimate crowd of fifty people, Damian’s smooth baritone-to-tenor vocals and stirring harmonies, contagious stage energy and charisma, and kind, generous spirit make him a fan favorite.

All ticket sales are final; no refunds.

Rumford ME – Damian McGinty: Live in the Moment Tickets in Rumford, ME, United States (ticketleap.com)

Tickets for Damian McGinty can only be purchased here:

Please Note: 49 Franklin is a CASH ONLY Venue 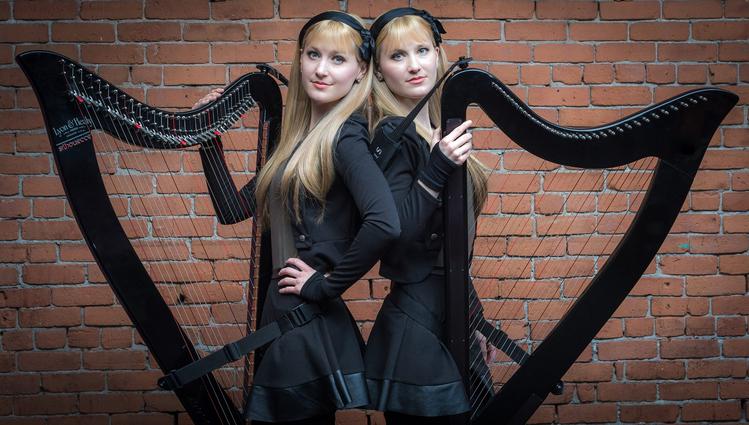 Our CASH ONLY Pub Menu is available prior to each event and last call for it is announced before the show starts. Cash Bar is available throughout. 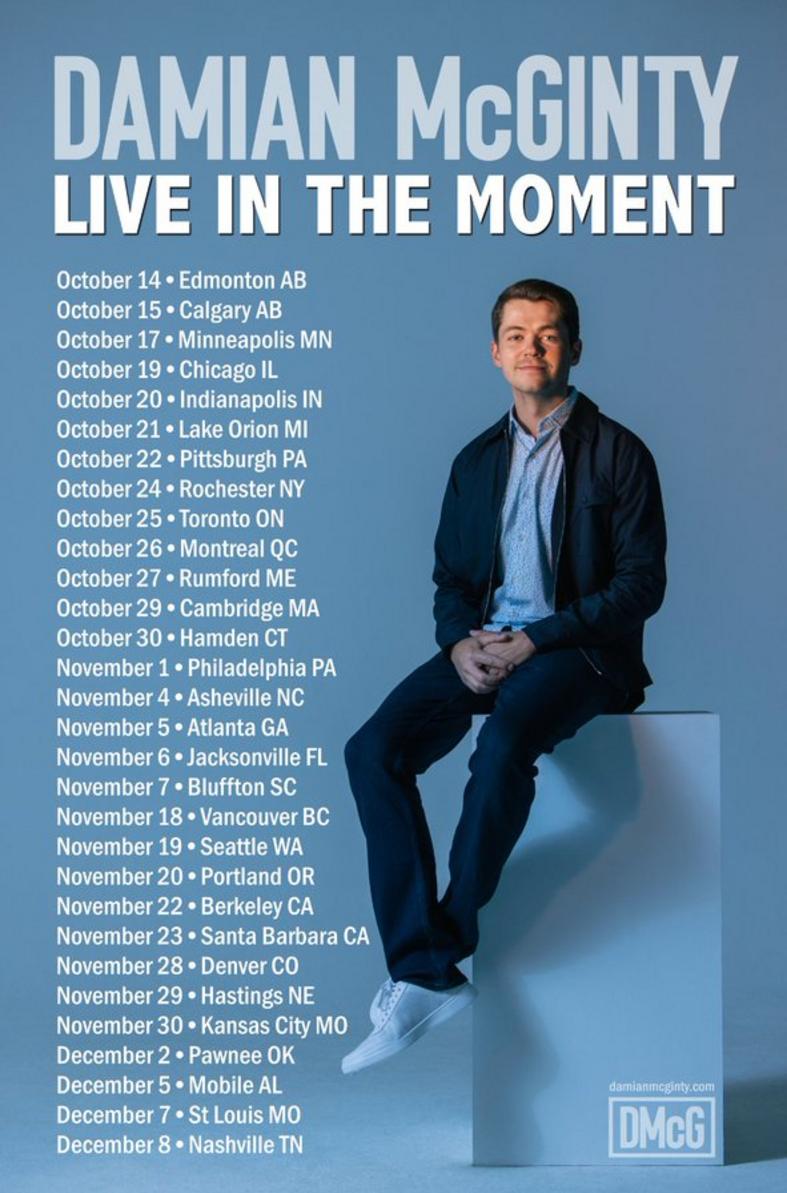 Tom Cotter has taken the comedy scene by storm since finishing as runner-up and becoming the Breakout Star from Season 7’s "America's Got Talent." He lost to a dog act, but don’t hold that against him; Tom was the first comedian ever to be a finalist on the show and was the highest finishing human being on the show that year.

In August 2013, AGT asked Tom back to perform as a special guest star (along with Train) and then again to host “The Season 8 AGT Snapple Viewing Party.”

In January 2019 Tom was again invited back to the AGT stage - this time to perform against the best of the best “Got Talent” performers from other years and around the world in “America’s Got Talent: The Champions.” In one the most talked about sets of the entire competition, Tom received a STANDING OVATION from the adoring crowd.

You can find Tom headlining all of America's most famous comedy clubs including: The Comedy Cellar, The Improv and Caroline's On Broadway just to name a few. Tom has also been featured at the Montreal "Just For Laughs" Festival, the HBO Comedy Arts Festival and headlining "America's Got Talent Live" show at the Palazzo, Las Vegas. And recently, Tom was on the dais and took part in the Friars Club Roast of Boomer Esiason at the Waldorf Astoria in New York City. Tom is also a regular on Fox News Channel and co-starred on an episode of CBS’ “The Good Wife.”


Please NOTE: You will not receive a physical ticket. You will receive confirmation from PayPal and your name will be at the door. 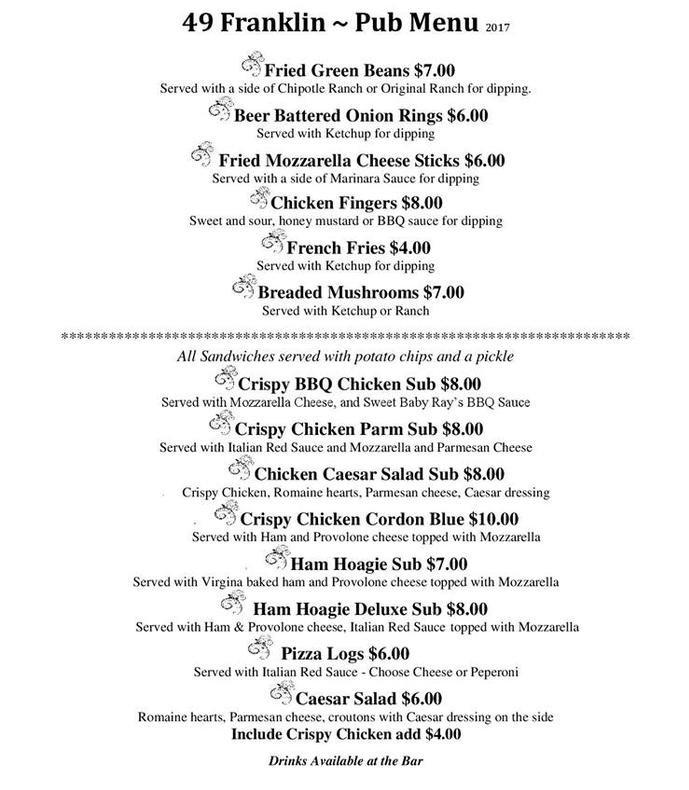 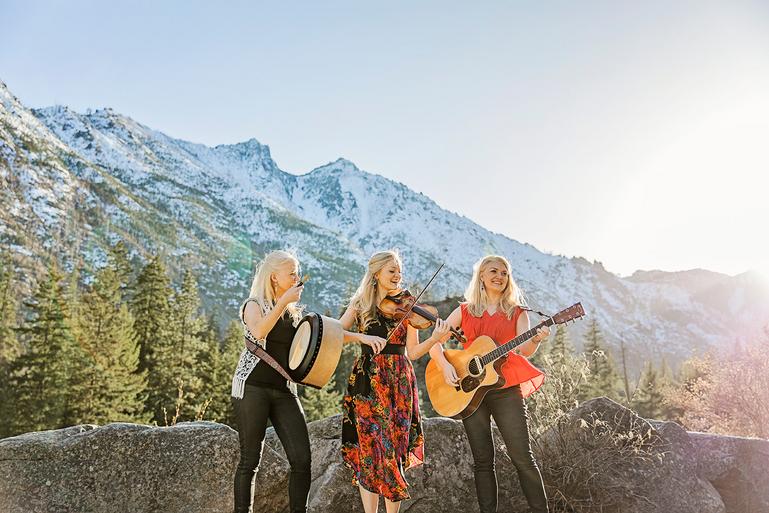 The Gothard Sisters are a dynamic musical group of three sisters who play contemporary Celtic folk music. Through over 10 years of performing, touring and writing music together, the optimistic style of their music and performances continue to resonate with their fans, building a loyal international following.

Their latest album, Dragonfly, features the sisters playing an assortment of acoustic instruments and vocals combined with modern production to create music exploring themes of resilience and adventure.

Blending Celtic, folk, classical and new age musical influences, the Gothard Sisters bring songs to life with violin, acoustic guitar, mandolin, bodhran, djembe, whistle and vocal harmonies, creating music that is "vivid, inspirational and captivating." (Tim Carroll, Folk Words Review 2018) Writing and recording near their home in the Pacific Northwest, the band has released 8 albums and has performed over 1,000 live shows over the course of their career.

Hard Copy Tickets available downtown Rumford at All That Jazz

Please NOTE: You will not receive a physical ticket. You will receive confirmation from PayPal and your name will be at the door.

Identical twin harpists Camille and Kennerly Kitt, known as the HARP TWINS, have achieved extraordinary success by taking Electric Harps and Concert Grand Harps to unprecedented levels and smashing boundaries between different genres of music. The twins’ ability to reinvent the harp has given them the opportunity to represent the United States at four World Harp Festivals, tour worldwide as a duo, and be featured guests on the 2020 nationwide PBS special, Celtic Heart. The duo has amassed over 2 million fans across their social media sites and over 140 million views on their YouTube music videos, making Camille and Kennerly the most followed and recognizable harp duo in the world. The Harp Twins have headlined countless concert series, festivals, fairs, comic-cons, and conventions – with audiences that include former U.S. Presidents and Vice Presidents, tech titans, fashion moguls, dignitaries, and world leaders. Mixing their virtuoso harp skills with their stunningly complex arrangements of classic rock, metal, Celtic, and soundtrack hits - as well as Nordic inspired original songs - the Harp Twins deliver exciting, comedic, and interactive family-friendly performances that audiences cannot forget!

Hard Copy Tickets available downtown Rumford at All That Jazz

Please NOTE: You will not receive a physical ticket. You will receive confirmation from PayPal and your name will be at the door.